The top 5 beaches in the Ogliastra region 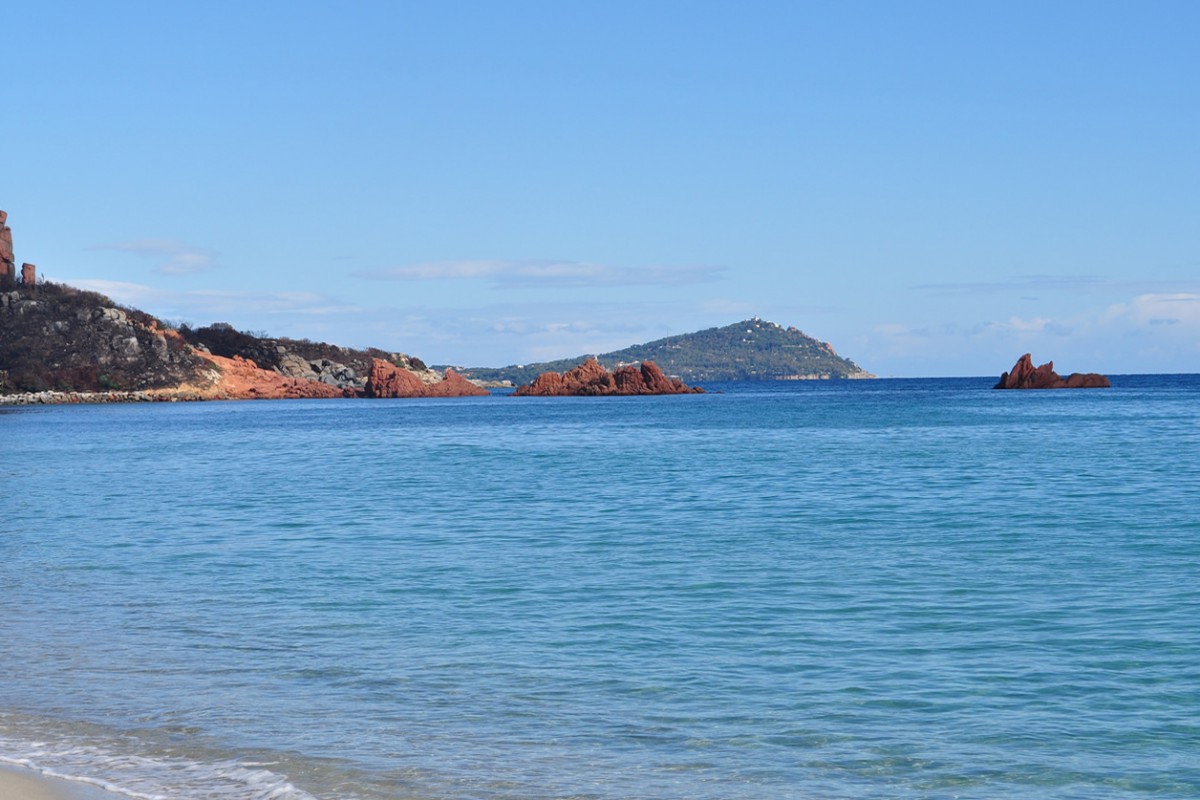 The Ogliastra is one of the most varied regions, still untouched by mass tourism. If you decide to visit this part of the island you will find the most authentic and pristine landscapes in Sardinia. Incidentally, one of the world’s most beautiful beaches is right here in the Ogliastra region. Starting south, here are the top 5 beaches of the Ogliastra, and easiest to reach:

1- Cala Su Sirboni:
Su Sirboni Beach is without a doubt one of the most beautiful ones in the southern part of the Ogliastra region. In the locality of Marina di Gairo, south of Barisardo, it derives its name from the fact that in the past, wild boar (called sirboni) used to roam free in the lush vegetation by this beach.
Su Sirboni is one of the area’s pristine and less crowded beaches. It features crystal clear waters and red porphyry rocks that arise from the sea, and it is very popular among spearfishing and snorkeling enthusiasts.

2 – Cardedu Marina
Continuing north you will find the Cardedu Marina, in the locality of the same name. It is easy to reach and equipped with several facilities. A long stretch of white sand that includes several beaches, such as Moseddu and Perde e Pera.

3 – Orri Beach
Orri Beach is considered one of the most beautiful in the area. Almost 16 km long, it features countless inlets and a shallow sea bed for about 300 meters off the shore. You can reach it passing the iron bridge on the Foddeddu river. This beach is equipped with facilities such as boat rentals, bars and kiosks, and it also accessible to people with reduced mobility.

4- Tancau
Tancau Beach is situated in the Lotzorai municipality, at the entrance of Santa Maria Navarrese. It is about 1 km long and it boasts an amazing view, being in front of the small island “Isolotto Ogliastra”. There is also a pine forest where you can find some shade during the hottest hours. The beach is equipped with bars, restaurants, beach umbrella and lounger rentals, and a parking lot suitable for caravans too.

5-Cala Goloritzè
Last but not least, Cala Goloritzè is considered to be among the world’s most beautiful beaches. It is located in the municipality of Baunei, north of Arbatax. It is famous for the 143 meter pinnacle that dominates the cove, also popular among climbers.
It is not as easy to reach as the other beaches, but it is well worth it: you can reach it via the sea or via a trekking trail about 1 hour long, after leaving the car at the “Su Porteddu” bar. A unique landscape, pristine nature, and turquoise waters that will leave you speechless.