Foxi beach is adjacent to Sa Marina, and very similar: the shore is wide and the sand is thin and clear.
It derives its name from the presence of the outlet (“Foxi” in Sardinian) of the Bau Enì creek. In this area there are many species of fauna, such as coots, mallards, common moorhens, herons; fish species include mullets, sea basses and eels.

This beach is also linked to a historical event relating to the Barbary incursions that were once a real threat to these coasts. The local church archives started to be compiled in 1584 and contains information about a number of Barbary incursions. 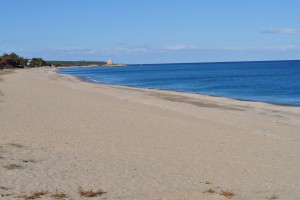 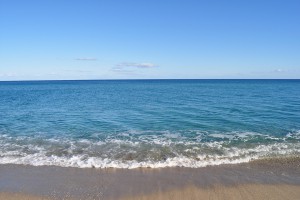 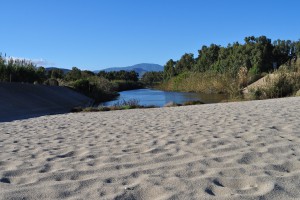 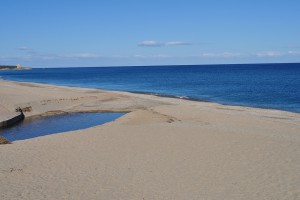 The danger was especially felt on October 18th, 1595, “ Sa die de Santu Luca, candu si funti mortus is turcus in sa padula” (The day of Saint Luke, when the Turks died in the swamps), near the Foxi swamp, south of the coastal tower, presumably already built. It is likely that the “Is turcus”, as the Turks are called in the archives, were forced to dock further south because of the construction of the tower, and the incursion on October 18th, 1595 ended badly for the Moors, who drowned in the quicksand of the Foxi swamp.

Directions: take the road towards the locality of Torre di Barì, and merge into the road that takes to the different beaches south of the town. Past the entrance to Sa Marina you will find the entrance to Foxi.

1. Best price guaranteed
Booking directly from our website you are sure to get the best available fare!

2. Exclusive Special Offers
Only booking via this website you can get exclusive special offers. For our direct customers, a welcome drink always free!

3. Direct contact with the Hotel
This is the official website of the La Torre Hotel and all the bookings are also confirmed via email. This gives us the opportunity to provide you with the best service and the solution most suitable for you!